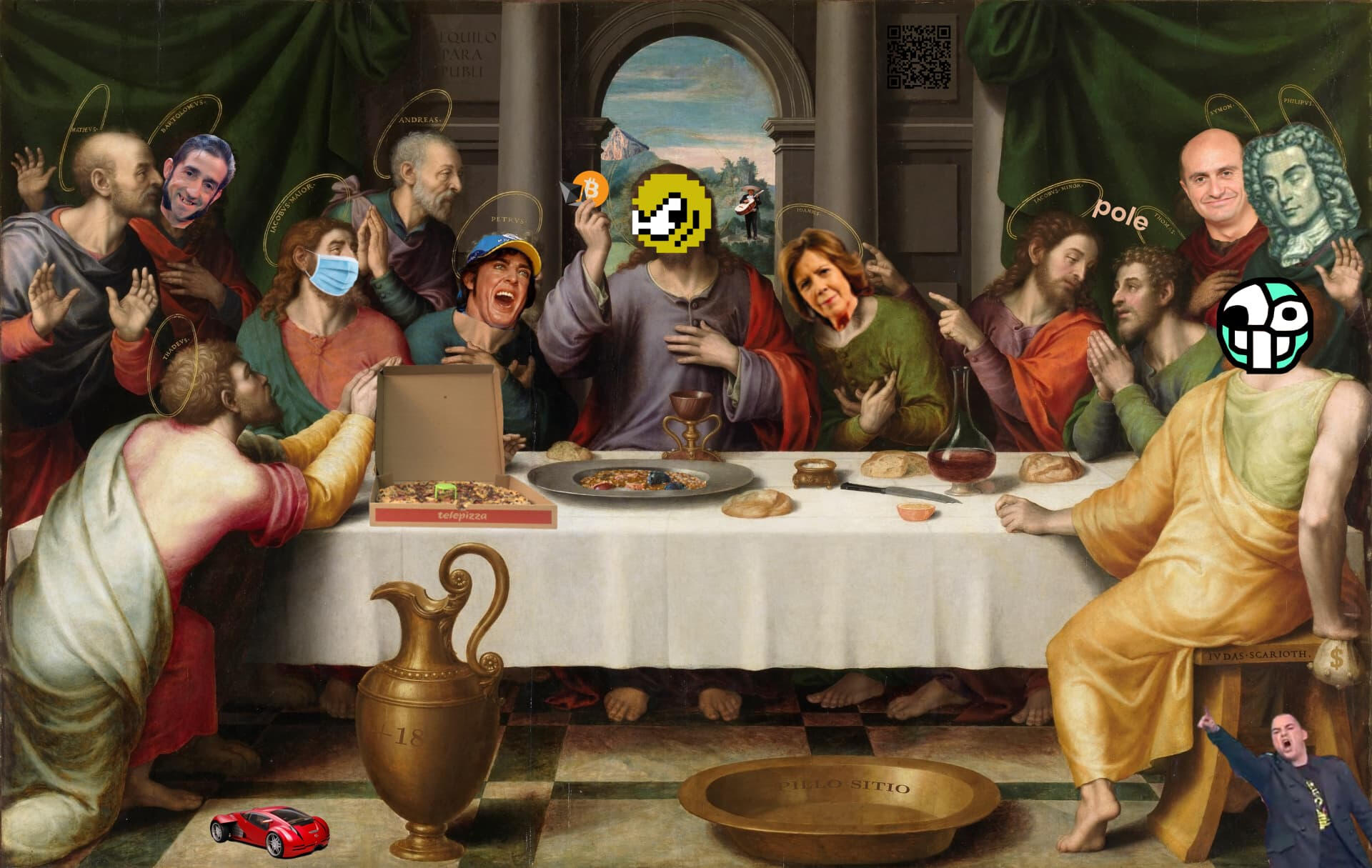 "ilitri" is the first NFT (Non-Fungible Token) created by shurs of ForoCoches. You are looking at a unique piece of digital art that represents the achievements and grandiosity of the greatest spanish speaking online community. The greatest lidl of all guides us in the path of demigration.Pole is the way.This is history.This NFT was created the 15th of March 2022March 15. The day ForoCoches was born. 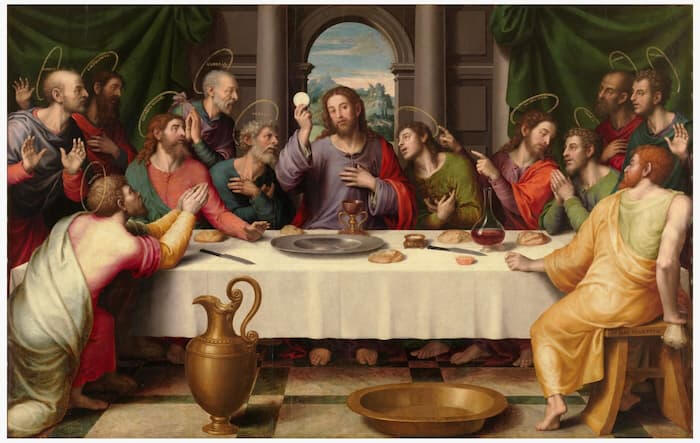 ilitri is inspired by The Last Supper, drawn by Spanish artist Juanes and currently housed in the Prado Museum in Madrid. Painted for the base of the main altarpiece of San Esteban in Valencia (ForoCoches was founded in Palencia). The original piece was inspired by Leonardo, both in the definition of the space and in the eloquent expressiveness of the apostles.Juanes focussed the scene on Jesus. All of the Apostles bear halos with their names except Judas Iscariot. His beard and hair are red and, in keeping with tradition, he wears yellow -the color that symbolizes envy- and hides a bag of money from his companions.

Electrik is the founder and 100% owner of ForoCoches, the biggest spanish speaking community of the world. A good part of the memes of the spanish web, which are echoed by the news, arise from this community that is said to function as a lobby of pressure, like a lodge.Electrik, is also known as "ilitri" by the shurs. "Shur" is a short version of "shurmano", it's the way we call ourselves (similar to "bro" but ForoCoches style). "ilitri" is how Electrik is pronounced in spanglish and he is our admin/god. 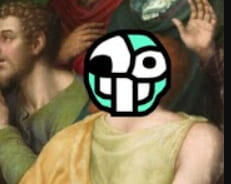 created himself, and then the universe

roto2 is god, period. He himself is more powerful than Chuck Norris.Was first invoked by the user -ram- in september 2003. Since then, he lives and rules in the community. roto2 always sends warm greetings to all friends on the Internet.

At the end of 2009, FHM magazine for men, launched a poll in which it invited its users to vote for the sexiest presenter or journalist in Spain. The desire to surprise did the rest: Curri Valenzuela advanced several candidates by hundreds of thousands of votes.The almighty roto2 used his power to make our beloved Curri a winner. 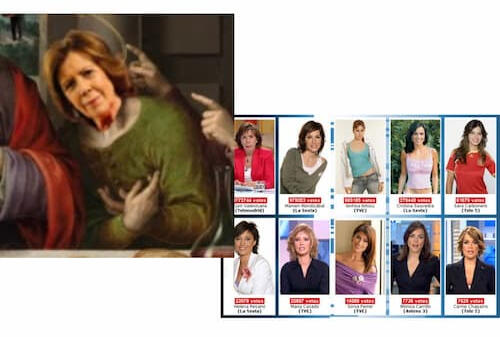 The British navy launched a campaign in March 2016 called #NameOurShip. Instigated by the shurs of ForoCoches, more than 30,000 supporters wanted to call the new ship from the UK with the name of Blas de Lezo.Blas de Lezo was a Spanish sailor that in the 18th century defended Cartagena de Indias from the British army. In a highly outnumbered situation - 195 to 6 - he resisted Lord Vernon's enemy fleet for two months, who had to give up. The British army had to draw on self-esteem and national pride, and withdrew the option of Blas de Lezo from the contest.

begining of the universe

Making a pole is an art, a lifestyle.The pole is the position of the first comment of a thread in the community. We can see the apostols commenting that "ilitri" has made the pole.You have to be a Polero, post the thread first. It doesn't matter that you get banned for doing what we want the most. You need to be a good, POLEEEEEEEERO. Olé !! 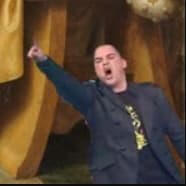 It was the year 2010 and Televisión Española, a year before, had made the decision that any neighbor's son could present his candidacy to participate in Eurovision, submitting them to a popular vote over the internet.John Cobra presented his candidacy and, thanks to the shurs, he got 269,929 votes in the preselection. He performed at the final gala with the song Carol in prime time, causing one of the most surreal moments on spanish television.

The Lexus 2054 is a concept car designed by Harald Belker for the Steven Spielberg movie "Minority Report". The vehicle was shown built in an automated factory in the film, then driven by Tom Cruise in various action sequences. adaptation of "Minority Report", which occurs in year 2054. Only gods know why this car is the icon of ForoCoches. 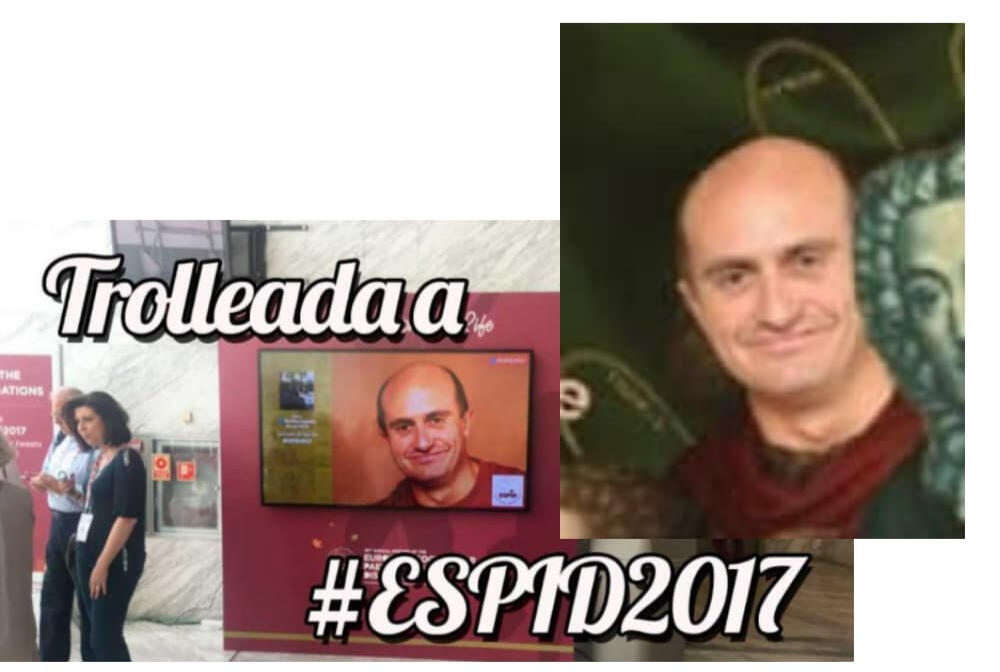 One of the biggest recognized jokes of Forocoches throughout 2017 was trolling the medical congress of the European Society of Pediatric Infectious Diseases (ESPID).A user of the forum stood at the event and discovered that the screens were dedicated to exposing all the tweets that carried the official hashtag of the congress (#ESPID2017) without filter. The news spread like wildfire and the rest of the shurs began to appear on the screens. The memes of the forum soon flooded the event, actor Pepe Viyuela is one of them. Memes appeared all over congress, which had to remove the screens - they are still not used today.

In 2013, the Madrid wax museum created the sculpture of Fernando Alonso (Spanish F1 driver). What no one expected was the result.Fernando Alonso's wax sculpture rapidly spread with posts like "what the fuck is this" or "bloody terrifying" and became one of the most used memes in the forum for every kind of posts and chops.The museum removed the sculpture, but no one will be able to erase it from our minds. 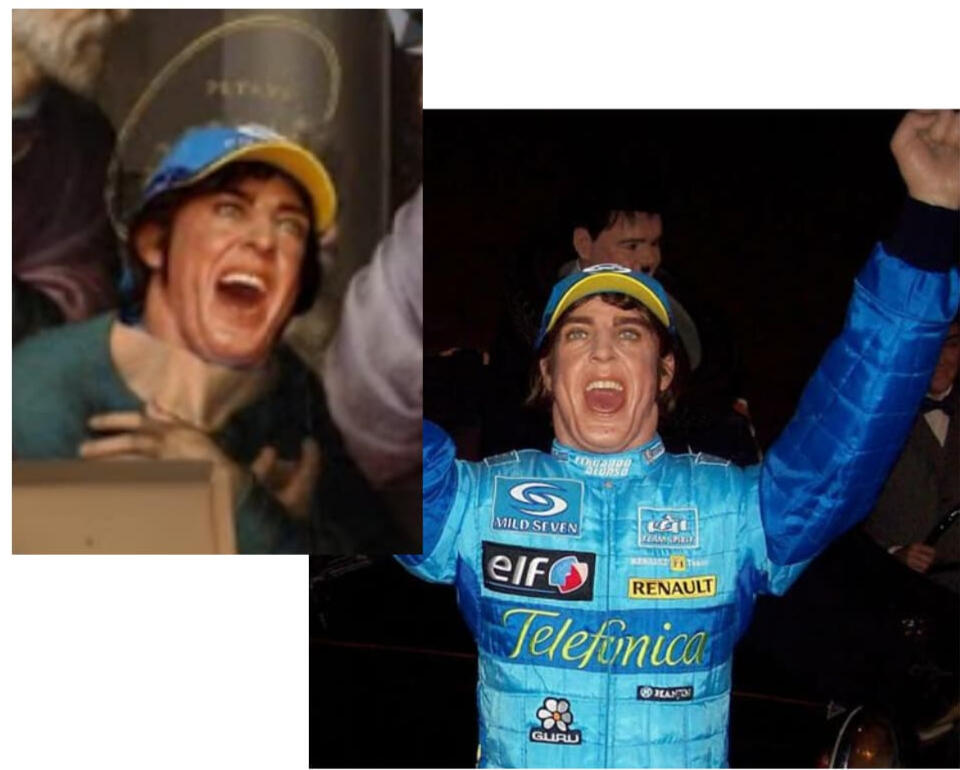 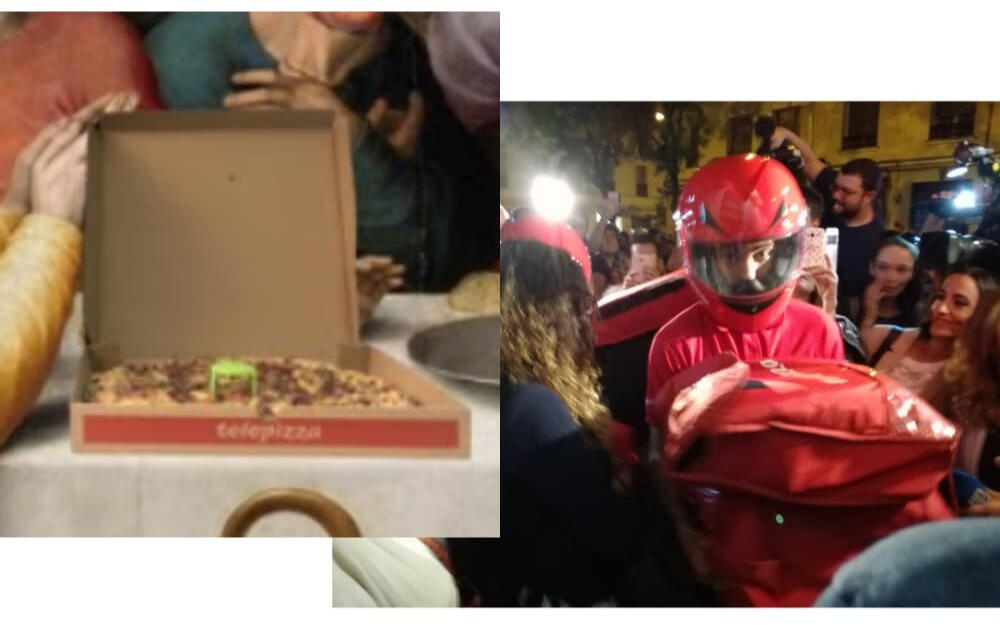 The night of Saturday, October 1st 2016, was expected to be long at the headquarters of the PSOE (Spanish Socialist Party) in Madrid, after the celebration of a tense Federal Committee. His general secretary, Pedro Sánchez (Current president of Spain), had submitted his resignation and the Socialists had to decide who would take over.Lots of press was there covering the news and suddenly pizza delivery men began to appear. Those pizzas weren't ordered by socialist but from shurs from ForoCoches. After the first delivery man, pizzas continued to arrive until Ferraz decided to return the orders. The 'trolling' was spreading and many users of the forum were encouraged to order their own pizzas for the socialists, and on top of jalapeños to make more 'pain'.

One of th best (if not the best) dishes of the Spanish cuisine. This dish is very popular among shurs and almost every day you'll find shurs posting threads with photos of their lentejas, asking other shurs if they would eat them. Lentejas are a creation of the gods.Even if shurs keep trying it, nobody can cook lentejas like a charo. 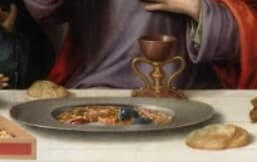 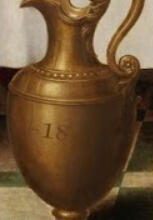 The community has lots of +18 content in the threads. If your thread contains or it's susceptible of including adult content you must notify it. If you don't you'll get banned. Getting banned is also known as getting thrown to the "cuneta" (ditch in english).The community is private, you need an invitation (invi) to register. They are very hard to get, so no one wants the cuneta. Follow the commandments of the gods

El Tekila was the winner of the controversial final of the Spanish "Got Talent" show. The final was so controversial that the jury left his chair during the show. The followers of Forocoches worked hard to make El Tekila, the most histrionic participant thanks to the free votes on the TeleCinco website.After John Cobra's success, shurs returned to vote en masse for El Tekila and El Tekila wins GOT TALENT 2017. 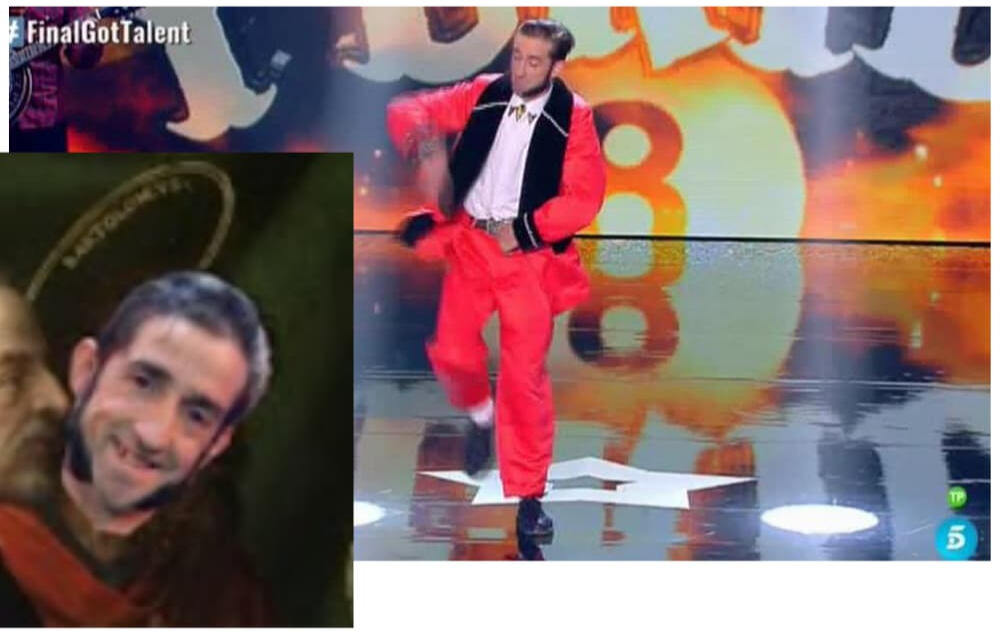 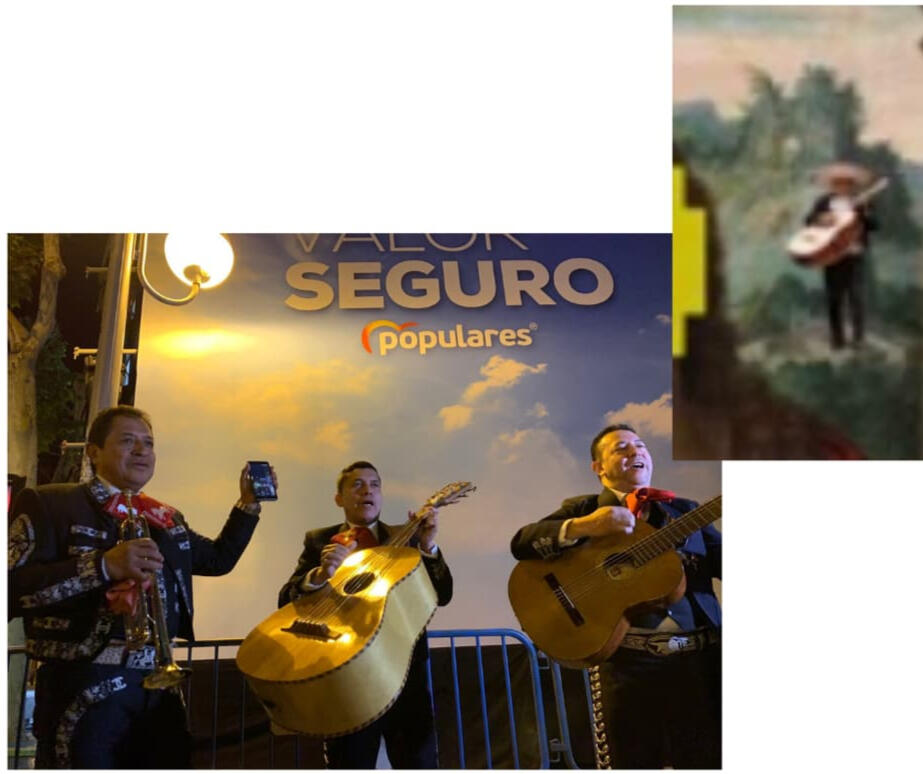 In 2019 the Spanish Partido Popular (conservative political party) had a huge debacle in the national elections. They lost lots of votes so the shurs got united and raised more than 500 euros to send a Mariachis band to the deserted headquarters of the PP in Calle Génova. In the repertoire, of course, there was the famous "Canta y no llores" ("Sing and don't cry").In 2020, shurs did it again sending Mariachis to The White House after Trump defeat.

When someone achieves the pole (first comment) in a thread, it is common to rent this space for ads. This exists since the creation of the forum in 2003, long before blockchain, cryptos and NFT hype.We could say that NFTs were invented in ForoCoches, being the poles the first NFTs of the humankind history.

Bitcoin, Ethereum and other cryptos can be found in the forum. Lots of shurs are cryptomaniacs. Probably the first ever Bitcoin purchased from Spain was bought by a shur. You can find Threads talking about Bitcoins dating 2013.

The Gibraltar Rock is located in Spain. It has no close relation with ForoCoches but Gibraltar is Español.

Shurs are not trolls only. ForoCoches is flooded with tons of good people. During the global covid pandemic, shurs have got united and worked at lots of great altruistic initiatives. Shurs have done amazing things like sending masks to lots of hospitals when not even the government could get them.This is here to say THANK YOU to every person that contributed during difficult times.

the home of the internet

Amazed by the community? Scan the QR and come join us at our home.